Reading inspires me to write. On this page you can find links to my novels and content about the world I’ve created. 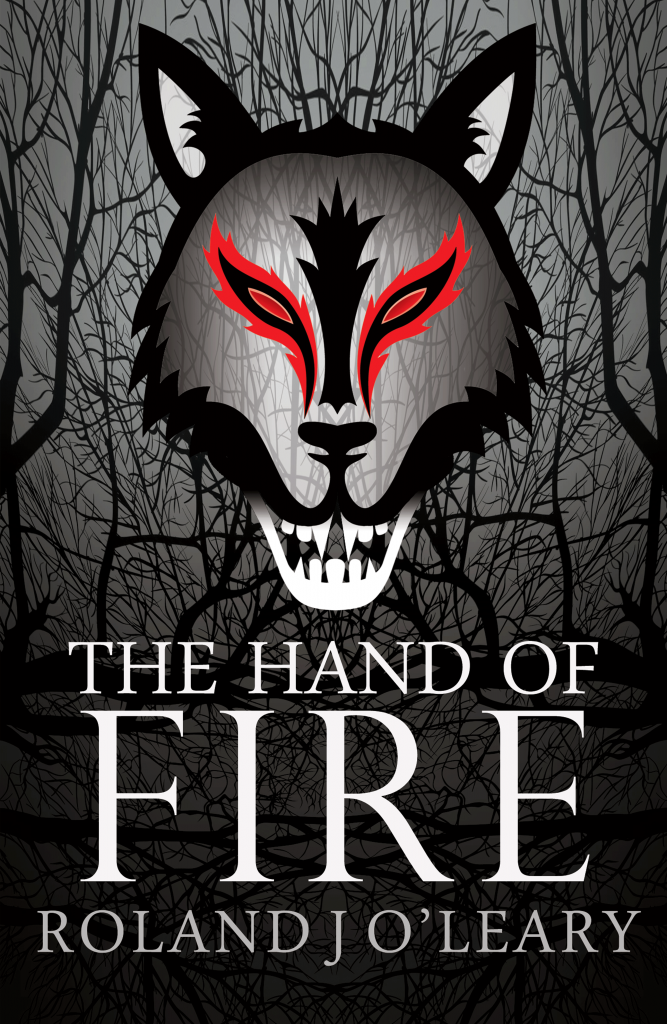 The Hand of Fire - Book 1 of The Essence of Tyranny

The Hand of Fire is the opening book in an epic fantasy series I’m calling The Essence of Tyranny. The series will be my tribute to all the fantasy works you can find reviewed on this site. I’ve tried to include all the things I most love in fantasy fiction and combine them in a unique way. Did you ever have that ‘what if’ moment where as you were reading you loved the story but could imagine it being a bit better if it was tweaked a little bit? For me that’s what The Essence of Tyranny is all about. So it’s a coming-of-age story set against a backdrop of an existential threat to the world, with dark gods, demons, alien races, hordes of undead, martial arts and swordplay, desperate escapes, massive battles, vast sorceries. Oh yes, and there will be dragons.

Tamurac, Lord of the Halyas, is missing in the aftermath of battle. His wife, Charymylle, and teenage sons, Danalar and Nenbar, must now lead the clan in a time of change – if the warband and wardens will follow a woman and two unblooded boys.

The sorcerer-lord, Skraka Gorn, proposes alliance among the lands of the Grip. But can he be trusted, when his last alliance was a disaster for all parties except himself? And what is his relation to the inhuman Ulokan marauders who ravage the Borderlands? When a survivor returns with suspicions of Gorn’s treachery the Halyas must decide – do they join his empire and give up their free heritage for safety? Or oppose him and face annihilation in a new kind of sorcerous war?

Their fateful choice takes the Halyas on a journey that turns escape into an adventure, a quest for allies whose magic can stand against the dark master who wields the hand of fire.

The Hand of Fire

Goodreads reviews for The Hand of Fire

Classic fantasy storytelling at its best

I loved this book. It’s classic fantasy writing at its best and very hard to put down. Like all great fantasy writing, it transports you to another world that is rich in detail and history. You’re quickly swept up in the story, eager to find out about each and every character and the end of each chapter leaves you wanting more. I’m very much looking forward to the next book in the series, so I can rejoin the characters in their fascinating world and on their exciting adventure. I highly recommend you read it, you won’t be disappointed.

‘The Hand of Fire is an ambitious book, with a complex storyline and a vast world…[It] takes its time, getting each detail correct…Roland O’Leary is crafting something with massive potential…If the rest of the series is as well written as the first book is…the payoff will be huge, and the series will be a must-read for fans of sweeping fantasy.’ 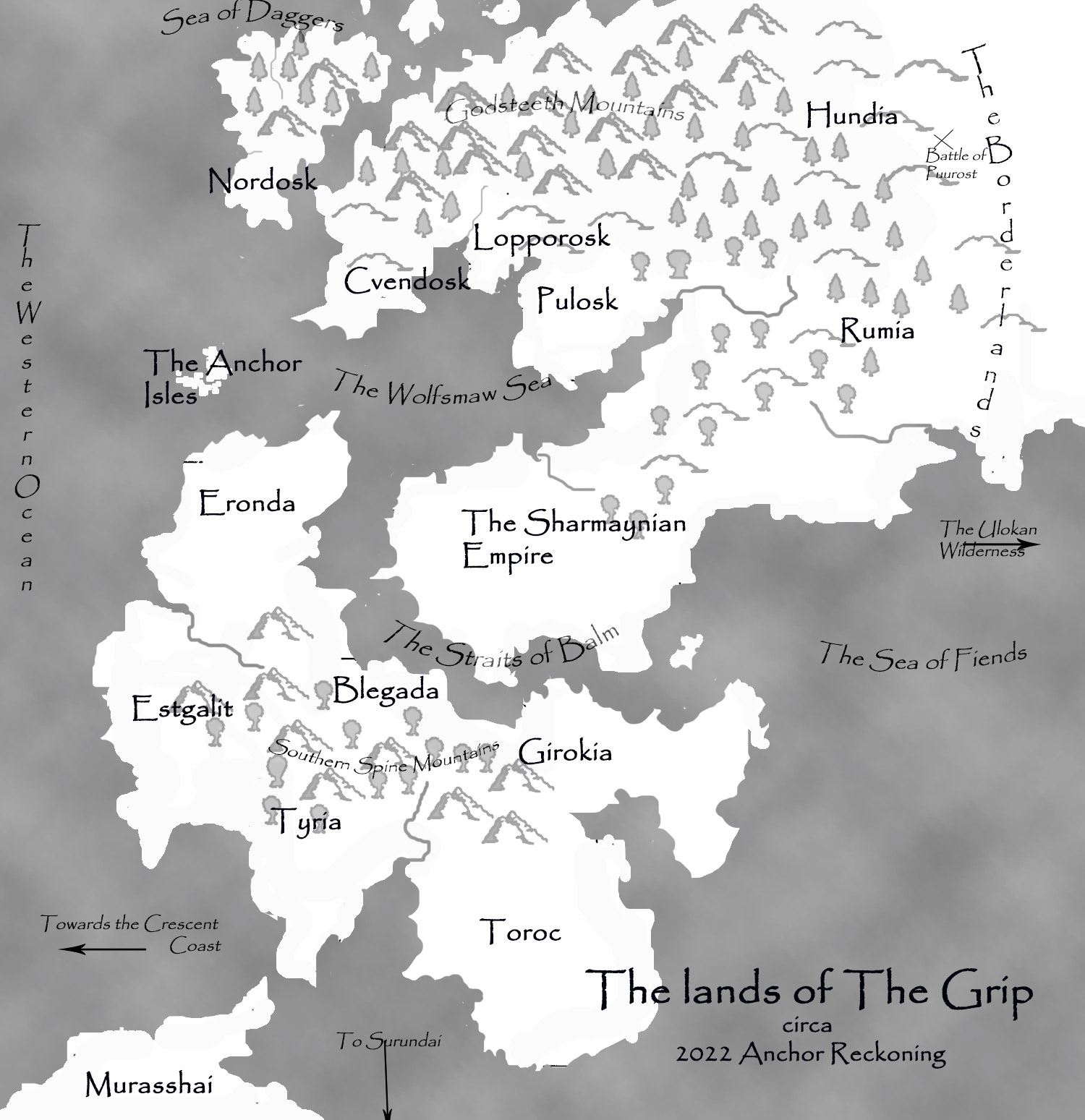 The world of The Essence of Tyranny

The known lands of humankind are clustered on the western edge of a great continent that sprawls across the north of the world.

The main bulk of this continent is the Ulokan Wilderness or Waste. These inhospitable barren lands are populated by tribes of Ulokans, a humanoid warrior race who follow a death religion inspired by their dark god ULok. They are utterly inimical to humankind, seeking only to slay or enslave. They range between seven and nine feet tall with the musculature of a predatory beast. They are always armed and always dangerous.

Also roaming the Wilderness are other creatures, demonspawn and beastmen powerful enough to defend themselves against the Ulokan threat.

No human knows what lies in the depths of the Wilderness or if it ends in the far reaches of the east – of those unfortunate enough to venture there, few have ever returned alive and sane.

At the western edge of the Ulokan Wilderness lie the Borderlands. These are lands reclaimed from the waste by the mighty magic of the wardstones, said to have been erected by the legendary Ilion mages. Many warriors from the lands of humankind live in the Borderlands for a stint of two years, serving their ‘Warrior’s Apprenticeship’ against the perpetual Ulokan raids, defending the fortresses that speckle the landscape. Lessons learned in the Borderlands last a lifetime.

Now for the first time the Borderlands are intervening in the politics of the Grip. The old ways have passed away with the old leader Eruan Gorn. His son, the sorcerer Skraka Gorn, is a man of great vision and ambition.

To the west of the Borderlands are the lands of the Grip, where humans dwell in relative safety. The peoples of Hundia and Rumia populate fertile valleys between deeply forested hills. The shadow of the Wilderness lies heavily on these lands, and the forests are places of fear. The northernmost lands are occupied by the Oskians, a people of warrior culture, hardy and independent. The mountains hide Ulokans and other beasts but the Oskians are never cowed. They relish danger and laud bravery and skill in battle above all else. Once a marauding empire they have divided into separate kingdoms, though their principal loyalty is to their clan and their clan chief.

The Sharmaynian Empire is a mighty power occupying rich lands in the midst of the Grip. It is distinguished by the presence of the great Academy of Barlonne, an ancient centre of learning that dates back to Ilion times. All mages in the Grip must receive their mandate from the Academy.

Divided from the mainland Grip by the Straits of Balm, the lands of the Southern Grip are much influenced by their common history as part of the Girokian Empire, long since fallen into ruin. Now the great power is Eronda, which vies for supremacy with the Sharmaynians. The southernmost lands border with the great continent to the south Surundai, the Golden Land. The trade in exotic fabrics and spices should make the lands rich, but the wealth sticks to the hands of corrupt local warlords and satraps. This seems to be the way of Surundai, though little is known of them by people of the Grip. Surundai’s most notorious exports are the Righteous of Amalur, a sect of fanatical warriors and mages who are sworn to eradicate worshippers of the dark gods. They are proscribed by most nations of the Grip but have achieved notable high profile assassinations on numerous occasions.

The Anchor Isles are the smallest lands of the Grip on the western edge of the continent. Swept by storms from the Western Ocean they are relatively poor but have a proud history. The inhabitants claim to be descendants of Ilion adventurers from times past, though Oskian culture is also prevalent and the lands are split between clans. Here however the leaders style themselves ‘lords’ – not chiefs – and hold to what they say are Ilion traditions of governance and justice. The Tower of Magic in clan Kerner is the primary outpost of the Academy of Barlonne and has produced a disproportionate number of powerful high mages.

The Halyas clan occupy the western reaches of the South Anchor Isle, lands known as The Hook. Relics of the ancient Ilion colour the landscape with mystery. The lords of the Halyas have a proud history in battle on the Anchor Isles, against Nordoski raiders and against Eronda. The current lord Tamurac is renowned swordmaster, and is determined to leave his mark on history 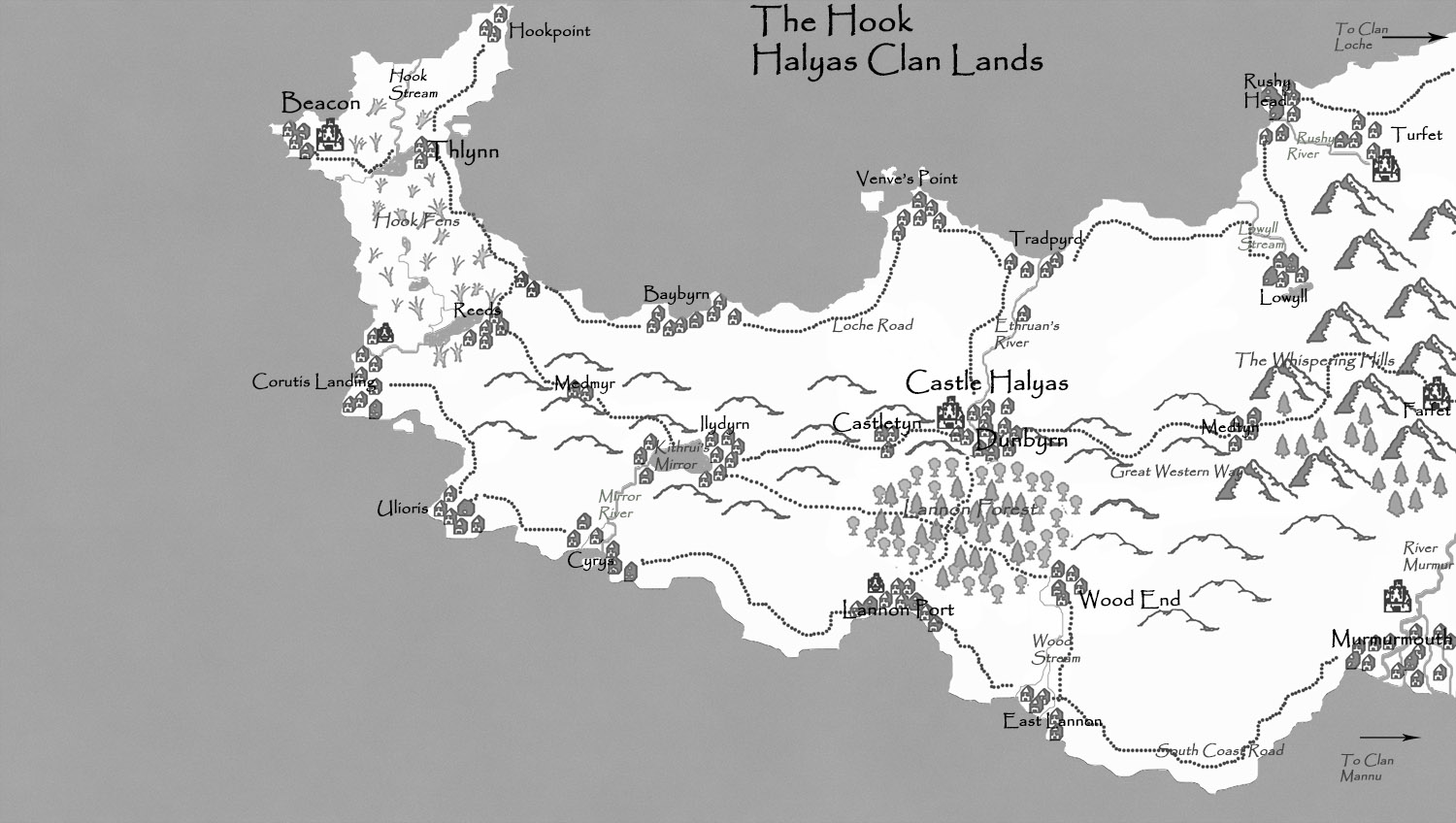 ESCAPE INTO THE ADVENTURE NOW

Buy The Hand of Fire